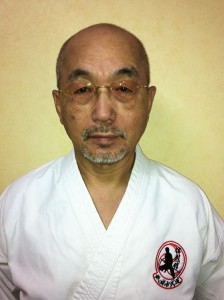 Kirii Sensei (??) is a Fifth Dan instructor of the Tokyo Oomori Branch Dojo.

Training in Oomori is on Saturdays at 4:00-6:30 at the Oomori Number 5 Elementary School Gymnasium.

Kirii Sensei recently spent a year in Brazil and helped establish Kobudo there. Contact information and training times in Brazil are on the Brazil page.

He originally trained Kobudo under Kina Sensei before his return to Okinawa. He is also graded in Uechi Ryu Karate with the Okikukai Association. Kirii Sensei started martial arts later in life to help with his weight maintenance program. It would appear he has found his passion.

While Jurgens Sensei and the van Heerdens were living and working in Tokyo from 2003 and 2007 they trained together with Kirii Sensei and were very proud of his dedication and the effort he put into his training. Kirii Sensei is a natural teacher and an asset at seminars. He has attended and helped teach at seminars in the United States, Ukraine, Switzerland, Philippines, and South Africa.

He regularly visits Okinawa and is continuously working to improve his skills. 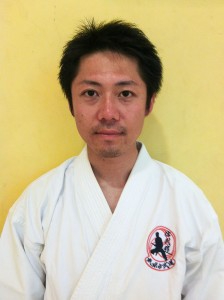 Shirabe san is a Third Dan student. He is officially a student of the Hombu Dojo but usually trained with Kirii Sensei at the Omori Branch Dojo.

Both Skip Taylor and Furukawa san were Dan Grade students of the Omori Branch Dojo. 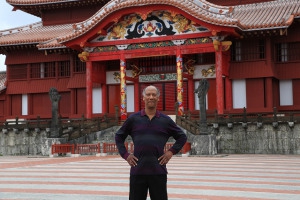 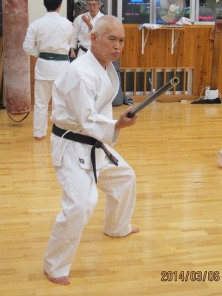